Found this burgee for the "Social Distancing Yacht Club": 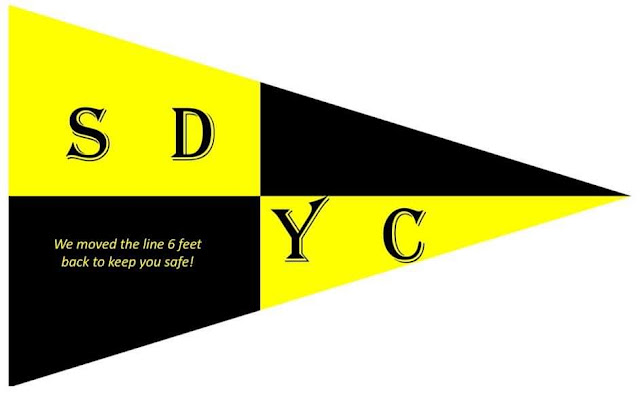 I was planning on moving Still Time from Whitby to Midland to salvage some sort of boating season this year.  The cost to ship her was $1,300.  The cost for a slip at Wye Heritage Marina was $3,850 for the year.  This includes a slip, lauch, haulout, and winter storage.  The cost to keep Still Time at Whitby Yacht Club is approximately $3,200 a year.

However, the Government of Ontario has mandated the closure of all marinas and yacht clubs to limit the spread of the Covid-19 virus.

This photo is from the British Virgin Islands in February. 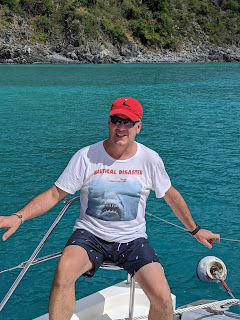 Access to the club will be shutdown at midnight tonight, so I went down to the club to check on the boat in the afternoon. 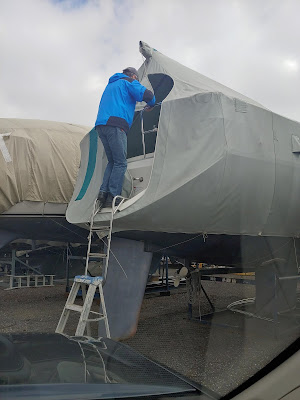 The cover has held up very well: 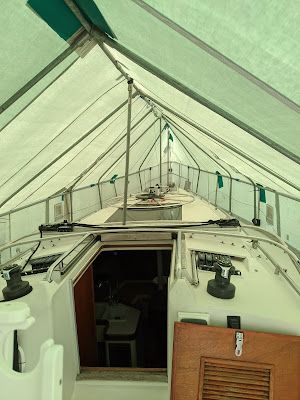 However, I went to check on the batteries, and they were down to 10.6 volts.
This is very bad for the batteries.

When I got back from the BVIs in the end of February, the batteries were down to 11.7 volts, but I could not charge because my shore power cable was buried in snow and ice.  11.7 volts is low, but I couldn't do anything about it until there was a bit of a thaw.

Then the pandemic hit and I couldn't leave the house.

So for today, I plugged the shore power cable to get the battery charger going.
I got Brad from the club to unplug me later that night.

Hopefully the batteries are not pooched.