will post something later
Posted by Sailing Vessel Still Time at 11:00 PM No comments:

I woke up before the alarm at 5am, took the dog for a pee/poop, and off we went.

Winds were from the west 5-8 knots, very lumpy from the overnight blow from the south that had waves coming from a different direction.

Put main up to stabilize us:

With waves, the sail was just flapping, so we motored for several hours.

I guess I rushed the dog, and he wasn't done pooping: he had chocolate thunder in his tail and it got all over the boat!  We spent over an hour cleaning it up.  Then the dog got sick in the cockpit!  Uggghhh.

Things were getting less lumpy and the winds picked up to 20 knots from the west, so I was able to set the main and jib and turn the motor off with 7+ knots of boat speed.

About 10 miles from the south shore, we called ACE on the VHF.
Michael and Mark/Christine were delivering her from National.
There estimated their arriving after 7pm.
They were sailing the south shore under spinnaker and advised us to go in shore where there are less waves.

We did so, going directly south to the shore instead of directly at Sodus Bay.
On the south shores, the winds were also less, so we dropped the sails and motored along the shore.

We wanted to duck into a bay and take the dog for a pee, but didn't want to get in trouble with US customs.

We arrived in Sodus Bay at 4pm.

On the trip I noticed that the house batteries were run down to 10.8 volts.  This should not have happened with the motor running as much as it did.  The alternator was NOT charging the batteries.

This meant that we could not use the windlass to anchor in the bay, plus the fridge and freezed of food would spoil, so we got a slip at the nearby Kaitlyn Marina for $1 per foot.  We took a tempory slip and go Bogart off the boat for a much needed washroom stop.


We walked into town (about 10 min walk) to report into US Customs: 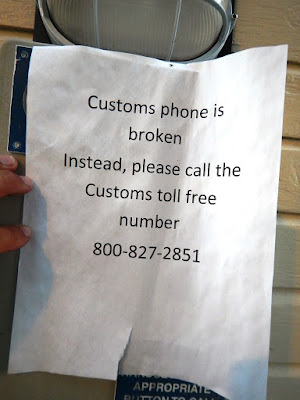 The customs video phone was broken!

Luckily we met up with Gray and Elaine from Cobourg who were also staying on their boat in Kaitlyn Marina and say us come in.  They lent us their cell phone to call in.  Did not want to use my phone in the US because of roaming charges.  Elaine has been on the board a Cobourg Yacht Club for years!

We had some wings/beers with them at Captain Jacks.  Also met Jodi, who was competing on Kamakazi a Trip 37 from Cobourg and his crew.  Jodi used to be Commodore at Cobourg, and gave me a LOT of pointers on running LYRA next year at Whitby.

Back to the boat, and got the motor on the dinghy and went to SBYC: 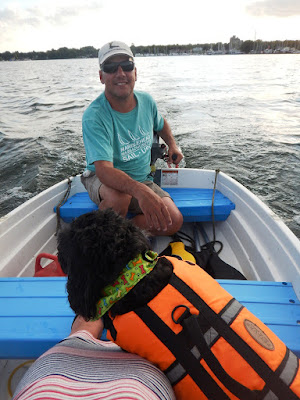 Registration for ACE was closed, and would open up tomorrow at 8:30am. 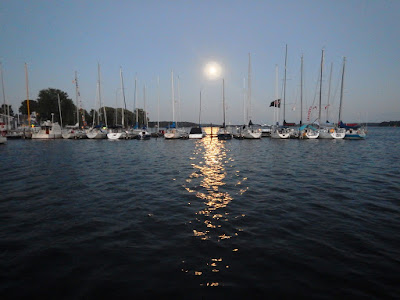 ACE came in at dusk, and we rafted off Red Jacket, a legendary custom C&C 44 from RCYC.

We all went for dinner at Captain Jacks:

Long but fun day and night!

CS34 RCYC to Whitby to Cobourg

Bruce was supposed to pickup the dinghy part first thing on Wednesday morning and deliver.
When I contacted him, he didn't have a vehicle, so he couldn't do it.
Thanks anyways Bruce.

I had to make alternate arrangements.

I contacted Colin from Whitby and asked if I could borrow his dingy; no problem.

We dropped off the broken inflatable, and pickup up Colin's Walker Bay 8 from the dinghy rack.

We did a quick provision trip to local Metro grocery store, and I did a pump out.

We left Whitby at 5pm motoring to Cobourg, arriving at 11:30pm.

We took a spot on the north wall

After breakfast on the boat, I set out to get some things ready for our trip to Sodus Bay for LYRA.

When we went to BBQ last night, the BBQ would not light.  I took the unit off the back of the boat and took it apart on shore and gave it a good cleaning.  Worked fine after it dried out.

Next up was cleaning and blowing up the dinghy.  After a good cleaning, I found that I could not blow up one of the air chambers; the valve was broken off.


Was wondering what the pieces of plastic all over the bottom of the dinghy!

FOGH Marine referred me to CO2 Inflatables in Oakville.  They had replacement valve for $35 a piece, plus another $10 for the tool to remove and install it.  TOO bad I wasn't in Oakville anymore (5km cab ride from The Oakville Club).

Arranged for my friend Bruce to pickup the replacements on Tuesday and delivery to me in Toronto.

Off we went on Still Time with Don/Jude and Wally/Grace to tour the islands:


We parked the boat right outside the Amsterdam Brew Pub for lunch: 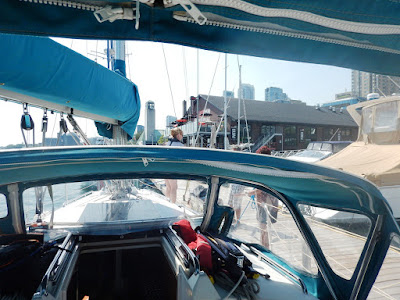 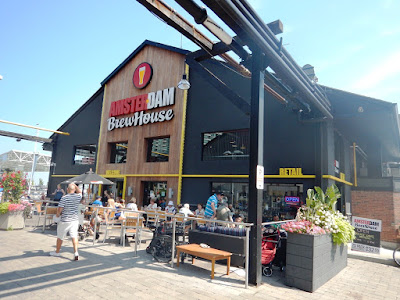 We did a walking trip to the Dock Shoppe (and Beer Store).

Did pickup a new Canadian flag and a stainless fitting to put it on the stern rail: 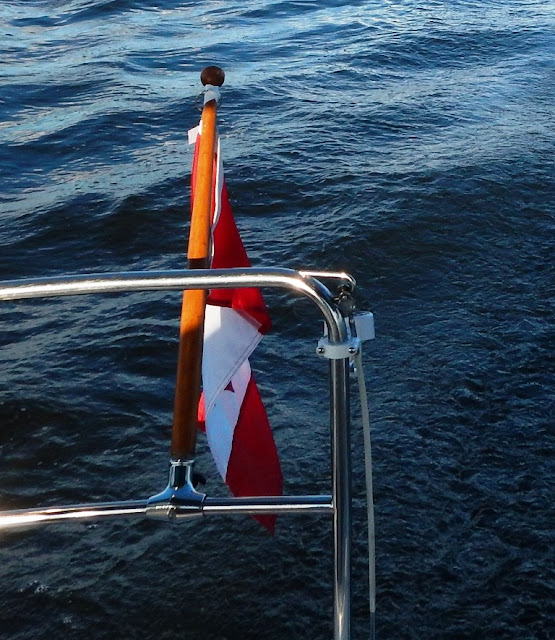 I didn't turn the GPS on for the trip.

We went back Hanlan's Wall and said goodbye to our friends, and went on to RCYC

OCanada, Derek Hatfield's Open 60 was moored off of RCYC.
Canadian Eric Holden is campaigning it for the single handed Vendez Globe race next year.
We had saw the boat in the Lake Ontario 300; crewing on it was Picton's Sandy McPherson. 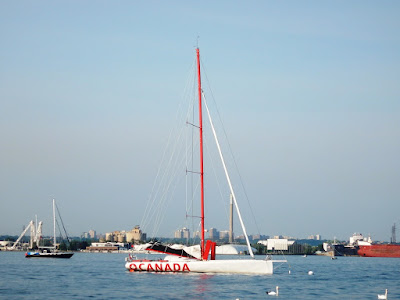 Bruce could not pickup the part for the dinghy, and was hoping to do it tomorrow morning.

We need the dingy to anchor in Sodus Bay, and we have to be in Sodus Bay on Thursday evening.  Cutting it fine: 109 to Sodus Bay from Toronto.

We were the first to get to Hanlan's wall, and picked a spot in the shade. 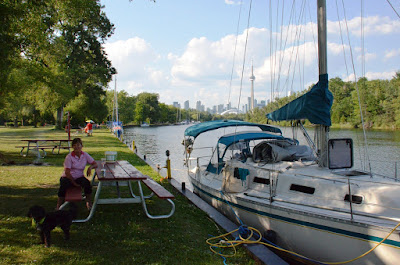 We interconnected with some overhanging trees: 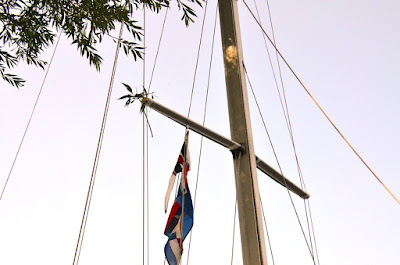 Don and Judy came in with Marietta (Catalina 30), as well as Wally and Grace with Whisper (CS30).

We cooked a wonderful dinner and ate on shore on the picnic tables.

We started a fire with gathered wood. 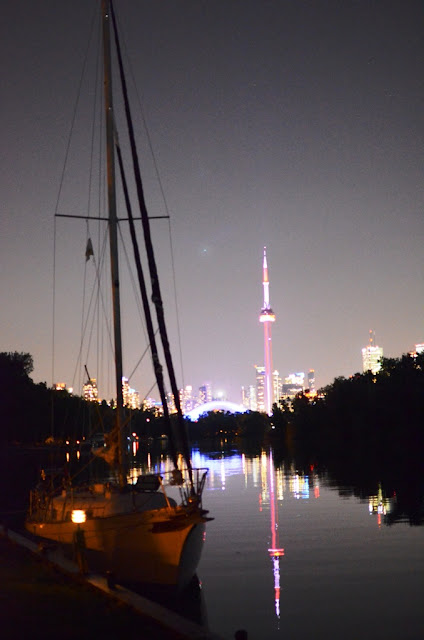 Toronto Parks charged us $55 to stay the night.
Includes power.

Before I left Whitby for Oakville, I had Peter cut the flagpole holder off that was preventing me from mounting the "princess seats" on Still Time:

The seats only took an hour to install before we left, and are a great place to sit:

The hardest part was positioning, cutting, and attaching the support legs.

We had planned to go cruising with our friends Don and Judy from Newcastle, but with LYRA and Judy having a friend come in from BC the next week, we could only get together with them for a day or two.

We sailed from Oakville to Toronto to meet them on Toronto Island.

Leaving Oakville, there wasn't much wind to sail, so we got out our cleaning buckets and scrubbed the dock and cockpit for over an hour under motor and autopilot.  When done the winds filled in from the south.  It was a sunny warm day, so I just put up the spinnaker. 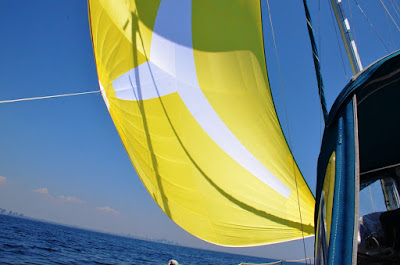 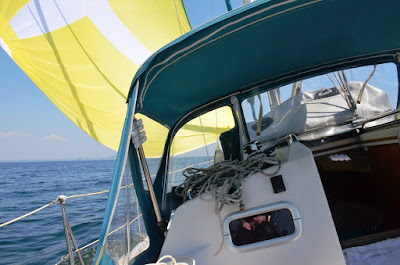 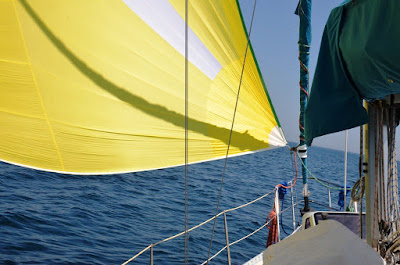 Easy sailing, in 10 knots of wind just forward of the beam: 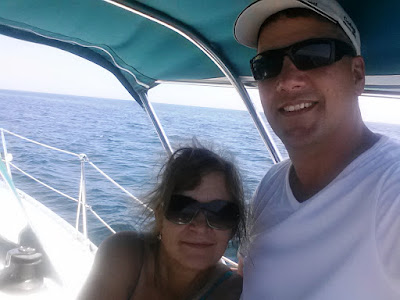 Babe on the bow: 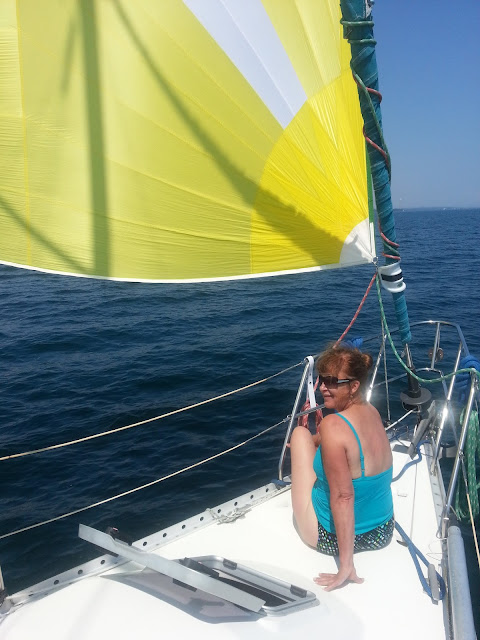 We took a spot on Hanlan's wall.

I know this is a sailing blog, but family trumps sailing (and golf).
I had to skip the final day of the RBC Canadian Open.

25 years ago I was the best man at my brother Doug's wedding at Parkwood Estate in Oshawa.

Doug's wife Tania is having a rough time in her battle with cancer, so we wanted to re-create the moment: 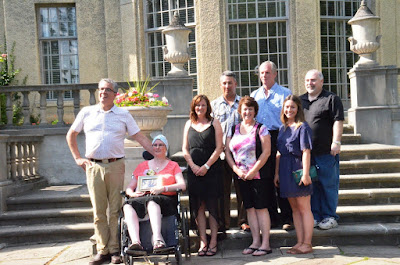 My sister Gina from Ottawa could not make it, so flower girl Melissa went in her place.

What a great day! 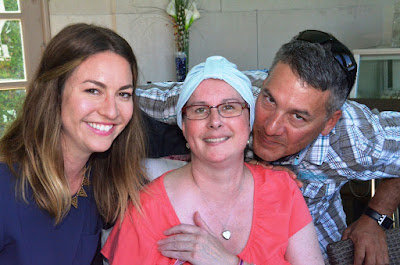 Thanks Rita for taking some awesome photos!

The Oakville Club is a great spot.

The harbour is very quiet, secluded, and the washrooms/showers are the best we have EVER seen in a yacht club.  The only downside is the Mediterranean style slips (no fingers), and they cannot accommodate boats larger then 35 ft.


The wall made it easier to get on/off the boat


Still Time was sticking way out in a slip for a 28ft boat.
Thanks harbour master Larry for accommodating us.

Rita (and Bogart) came down for Saturday night.

We had a nice glass of wine in the cockpit 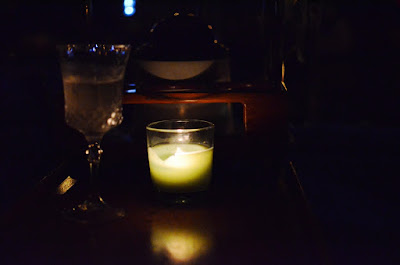 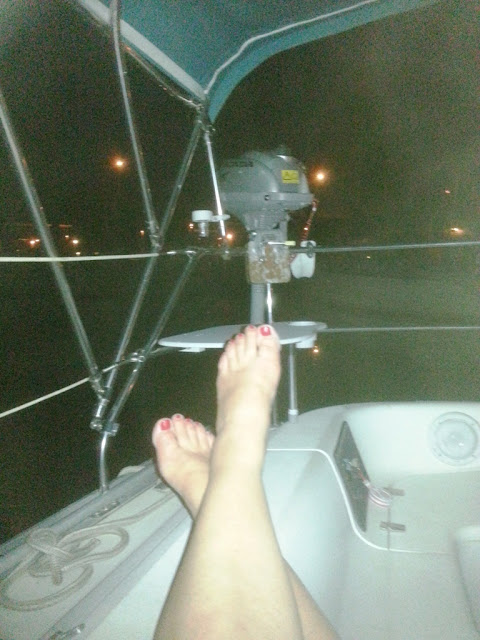 We toured around downtown Oakville; BEAUTIFUL

Took some kewl shots of the harbour at night. 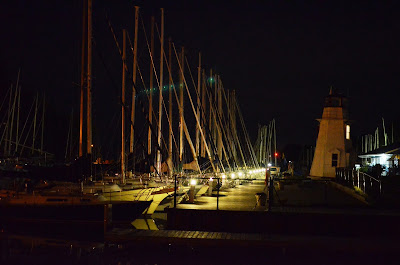 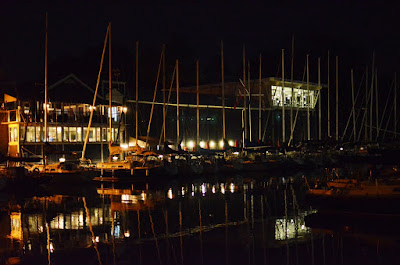 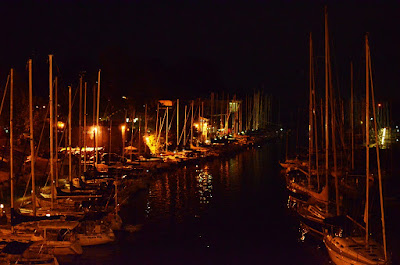 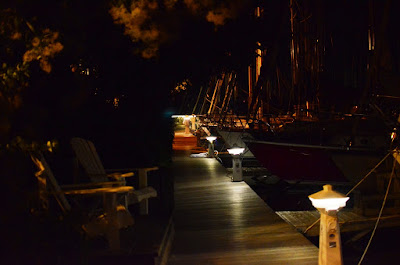 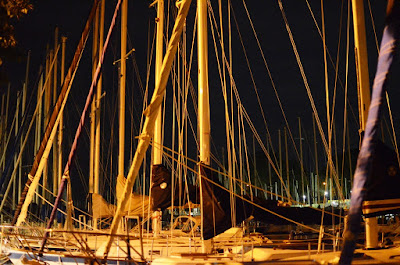 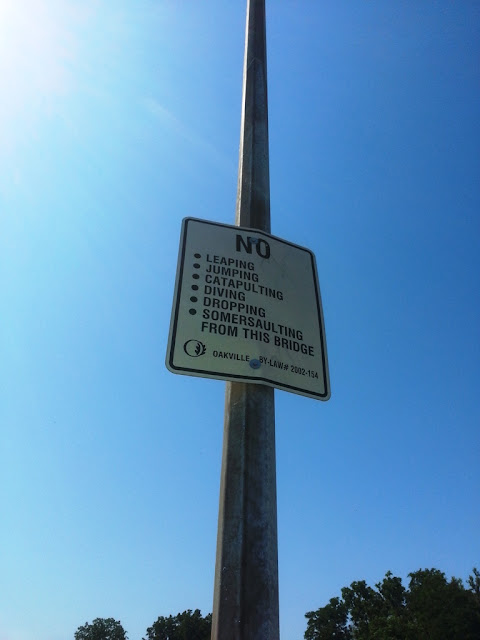 The bridge is probably 80 ft above the water/boats: