The ownership group decided to take advantage of the Covid 19 delayed launch to completely strip the bottom, sand and fair the hull, and epoxy the bottom.

The year after we got ACE, we chemically stripped the bottom of the existing bottom paint.
We sanded it down to 80 grit and have been applying VC-17 bottom paint every year. 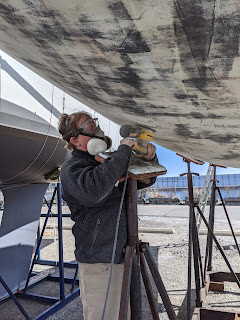 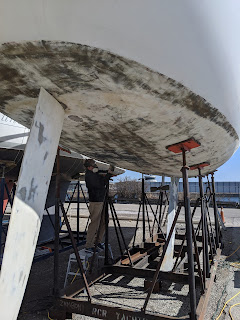 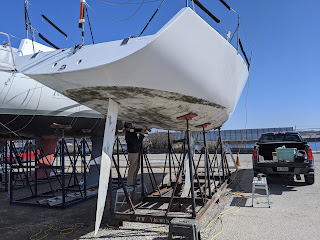 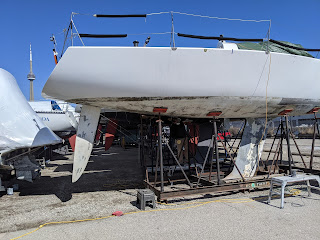 Took about several weeks of sanding to get her done.  First with 60 grit, and then 120. 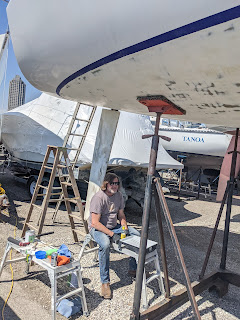 We got hit with some cold weather and could not epoxy until later in May.
We had to fair the keel and the rudder with epoxy fairing: 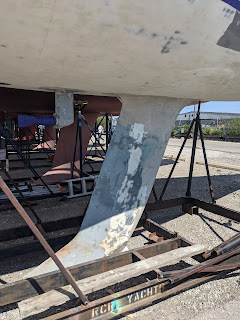 ZAMBONI was built in New Zealand is 1994, and delivered to Hawaii where she raced in the 150 mile Kenwood Cup for several years.
http://archives.starbulletin.com/2000/08/07/sports/story4.html
In this photo, you can see the hull repair on the starboard side below the waterline: 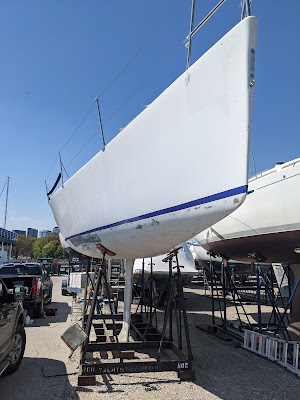 By May 17 (3 weeks to launch), we were ready to put on the Interprotect 2000 epoxy barrier coat.
We had to fair several gouges in the hull, and did one more sand with 180 grit.
First coat was with white was started in the late afternoon: 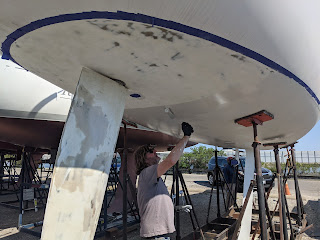 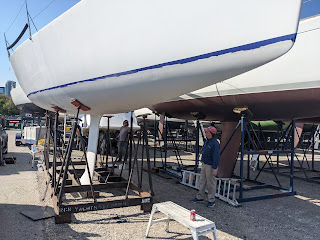 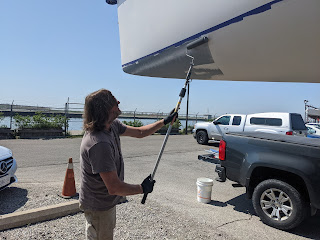 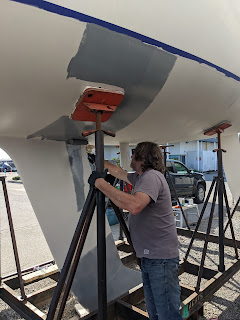 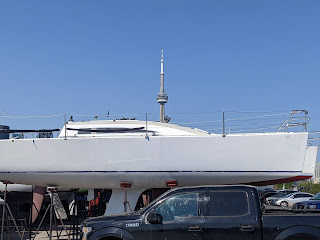 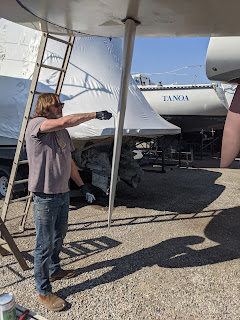 The following weekend, we did another quick had sanding with 220 grit sandpaper before putting on 3 coats of VC-17: 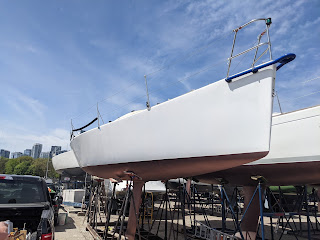 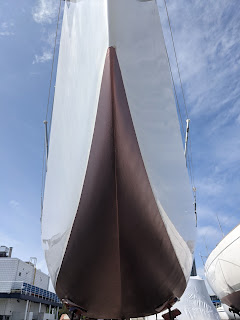 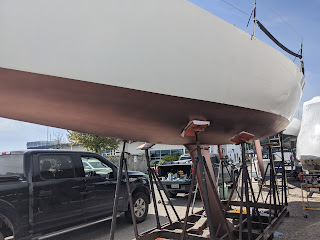 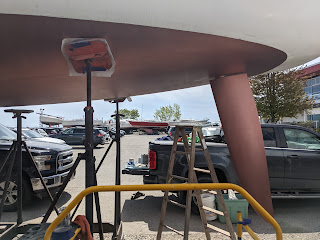 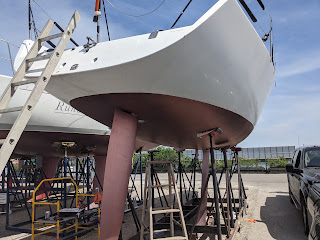 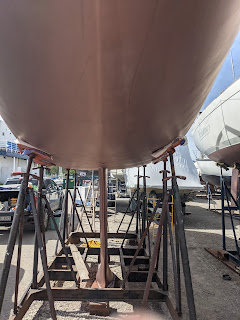 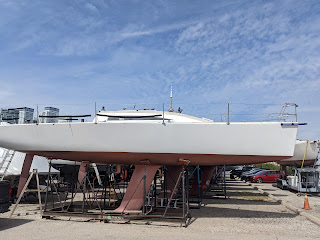 Did not take too long with two guys rolling it on.

Cutting up a Shark 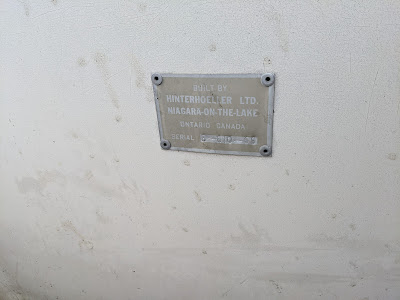 I thought about fixing her up, or using her for parts on another Shark.

I thought about making her a kids play thing in the backyard, but Rita would not have it!

The club wanted it gone, so it was time to cut her up. 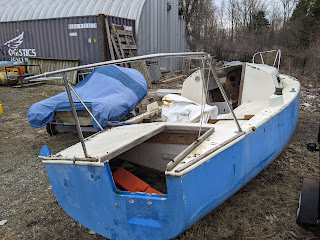 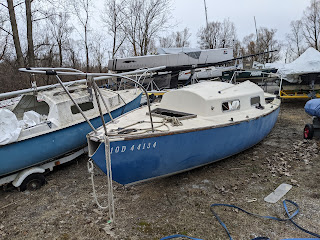 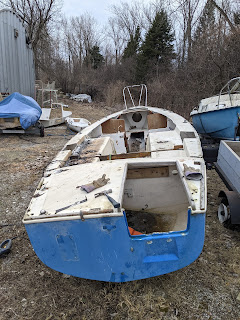 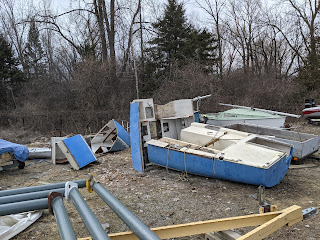 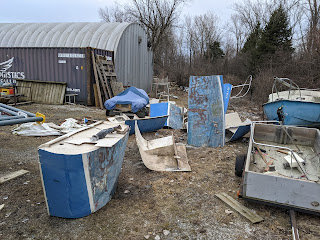 We surprisingly easy to cut up with a sawsall with a fresh construction demolition blade.
The actual core of the boat was in good shape.
This photo shows the solid fiberglass and the hull deck joint: 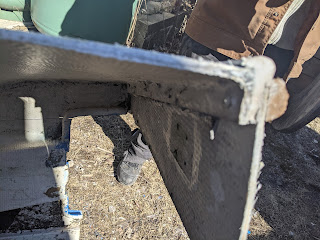 I did save and sell the bow and stern pulpits.

The small cut up pieces of the boat went into the club's refuge bin.