Yesterday was +3 and most of the snow in the cabin had melted into water.

Overnight was around freezing and this morning the high was +1, and by this afternoon, the mercury was to drop to -8.  I HAD to get the snow and especially the water out of the boat.

Went down after watching the Canadian Mens Hockey Team win Gold at the Sochi Winter Olympics.

With a plastic shovel, I removed the snow from the cockpit and cabin.  I got a ceramic heater going to melt some of the remaining snow and ice.

The bilge and the two port seats that connect to it had 3" of water with 1/4" of ice on top of it.  I had to break up the ice, gather it in a bucket and throw it over board.  Using my battery powered shopvac, I took 12 gallons of water out of the bilge.  If that water had frozen, it would have cracked the fiberglass in the bilge area.

Also had to remove ice/water from the starboard bench, and the port aft locker.

Next year I shrink wrap! 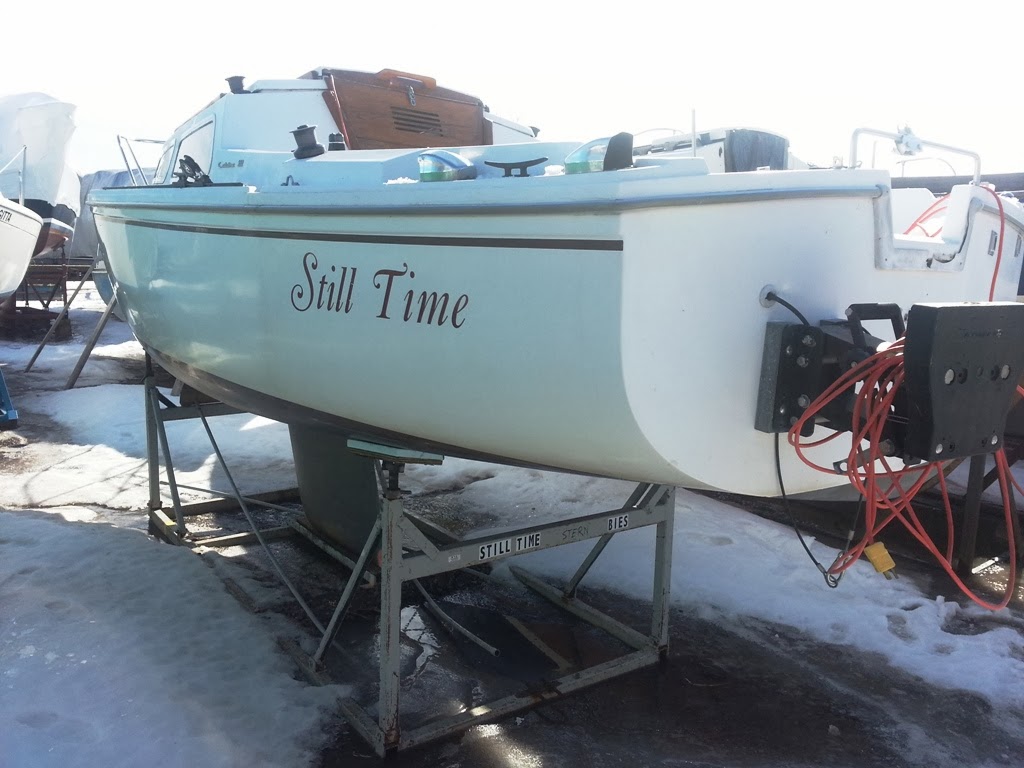 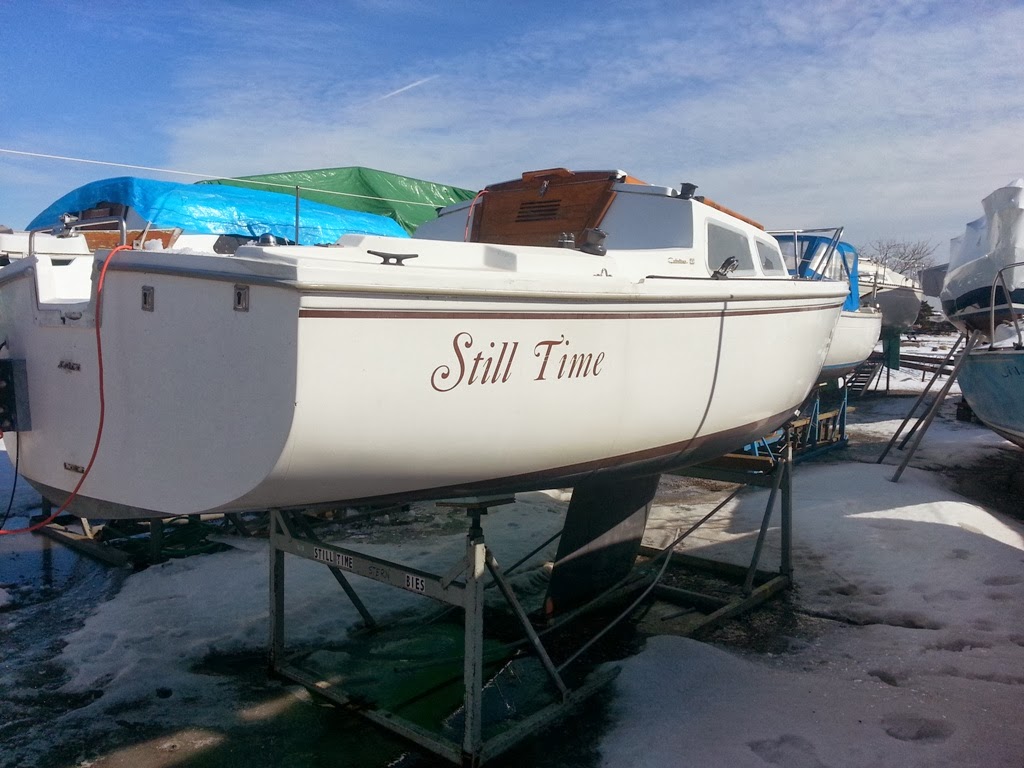 Posted by Sailing Vessel Still Time at 7:31 AM 1 comment:

It was last weekend that I checked the Catalina 22.  She was dry inside, but there was 2 ft of snow in the cockpit.

We had TONS of snow this week and high winds.

When I checked the boat today, the companionway hatch was wide open:


The wind must have blown it open.

The electrical cord has been there all winter.  Use it plug in and charge the battery and power a ceramic heater.  Just look at the snow in the cockpit!

Inside the boat was 6-8" of snow and about 2" of water!  To make matters worst, the bilge pump had drained the battery and burned itself out.  This is because the bilge line was still frozen solid. 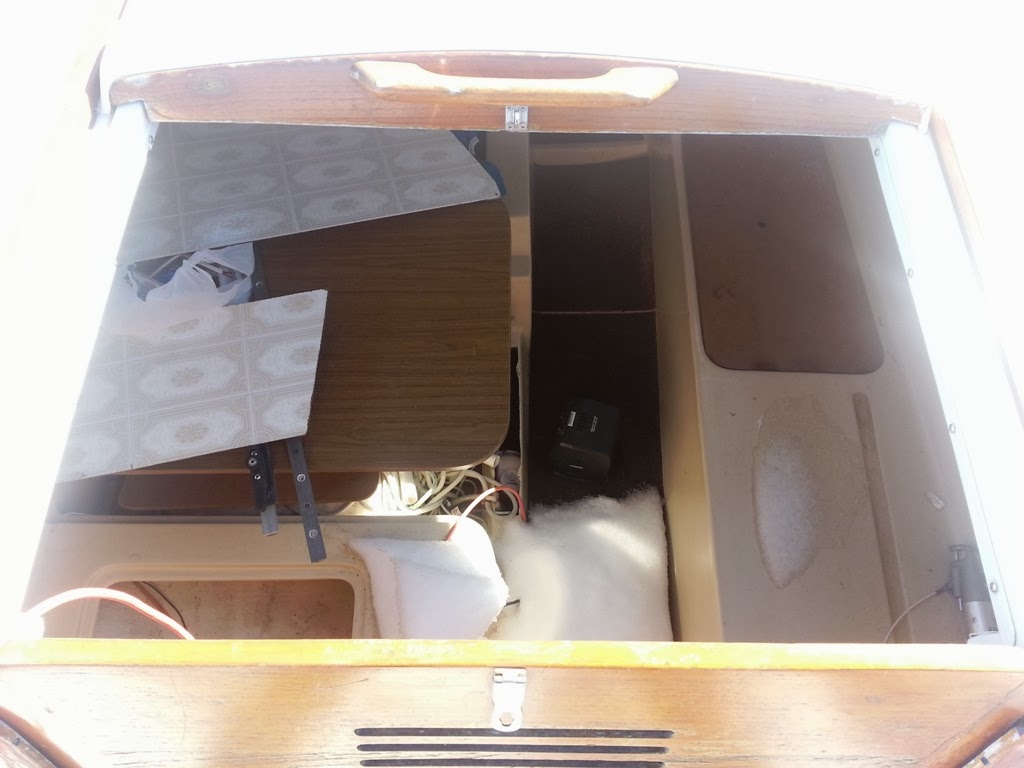 The problem would not have happened if I had shrink wrapped the boat.

No damage other than the bilge pump.
Posted by Sailing Vessel Still Time at 4:40 PM No comments:

The boat show purchase of a serpentine belt upgrade kit from Electromaxx came in by FedEx today.
﻿﻿
The three machined aluminum pulleys will just bolt onto the existing pulleys.

This upgrade was expensive at $590, but will solve my belt dust and charging problems.

Because I was going through a couple of belts a season, I had throttled the alternator from 80amps to 40amps.  Will be able to recharge the house batteries twice as fast.

Posted by Sailing Vessel Still Time at 6:32 PM No comments:

﻿
I had to order an "Elbow Spur" cable from Raymarine for $31.
It is 400mm long, so I will have to cut and splice it with another cable.
You can just see it in the photo above.


The wires inside the spur cables are 22 gauge.
The red/black power cables are separately shielded from the three data cables. 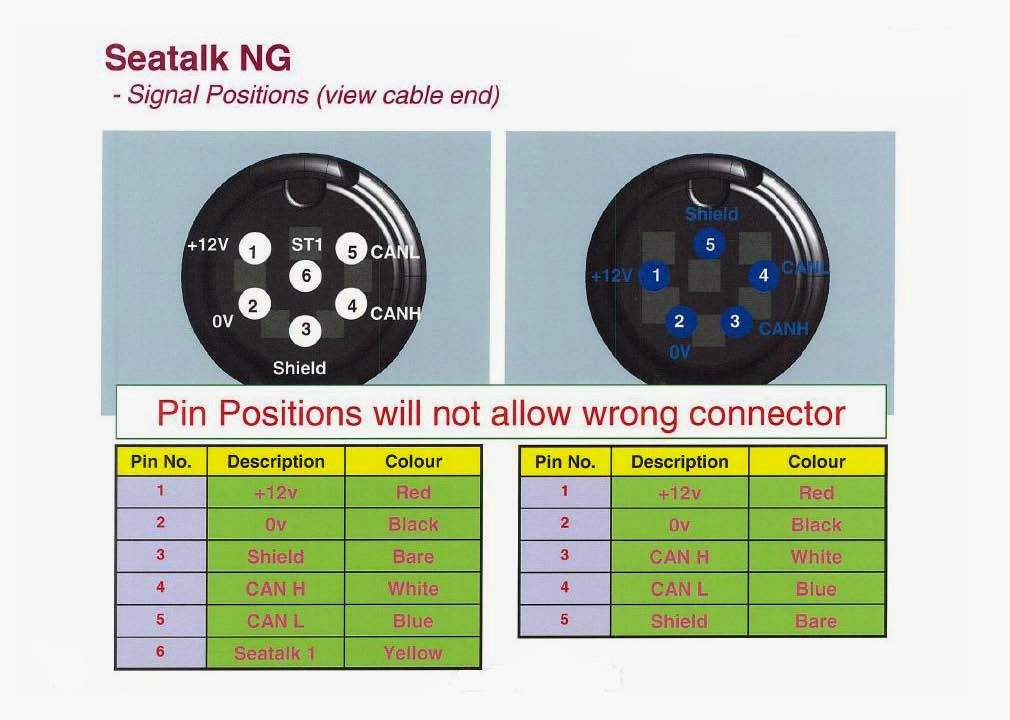 Should be fairly easy to solder / shrink wrap for a trouble free setup.

Posted by Sailing Vessel Still Time at 6:22 PM No comments:

At the Toronto Boat Show, I purchase a new Raymarine EV-100 Evolution Wheel Pilot autohelm system.  The old Autohelm 4000 will be taken out and sold.

The p70 autopilot control will be put in the navpod at the helm, and one of the existing i70 multi-function instrument displays will be moved to the bulkhead.

Will be nice to see depth, speed, and wind data without looking around the wheel.

Had to fashion up some 3/4" thick pieces of starboard.  Because of how the Seatalk NG cabled come out of the back of the i70, I had to double the thickness of the starboard allow clearance for the cables.

Will be a nice clean install.

Posted by Sailing Vessel Still Time at 2:28 PM No comments: