MUMM36 Around the Island Race

ACE entered the National Yacht Club's annual around the island race.  The first real race she has been in.
Course started in the Toronto harbour at the foot of Spadina (near the end of the east Porter runway), out the eastern gap, to Gibraltar Mark and finish at the Dufferin Buoy by Ontario Place.  6.5 miles, so we were hoping to be done fairly quickly.

Barely a whisper of wind at the start and the race was postponed for about half an hour; we were the second start.

In our class PHRF 1 was a FARR 30 (Press Gang), an X-35 (Xoomer Xpress), and a Beneteau First 36.7 (Zingara).   We really had to work to get ACE moving in the little bit of wind; we were the first to the eastern gap just ahead of National club champion Xoomer Xpress, while the other two withdrew.  The course was shortened to finish at Gibraltar, where we took line honours!

We hoisted a couple of spinnakers on the way back to port. 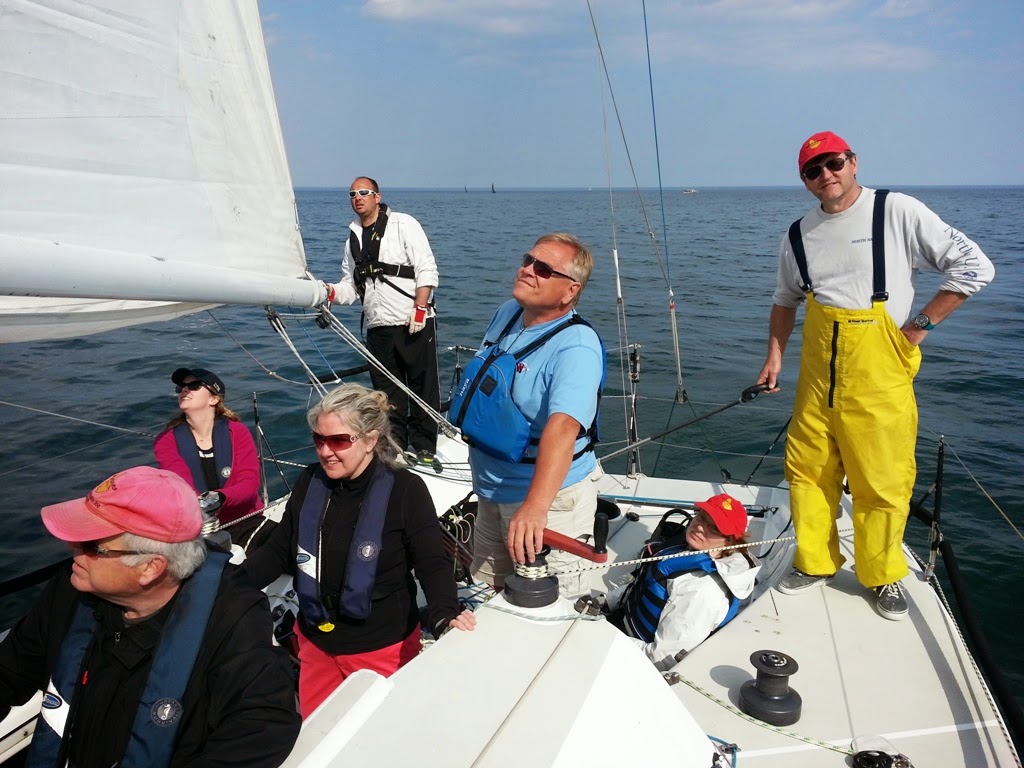 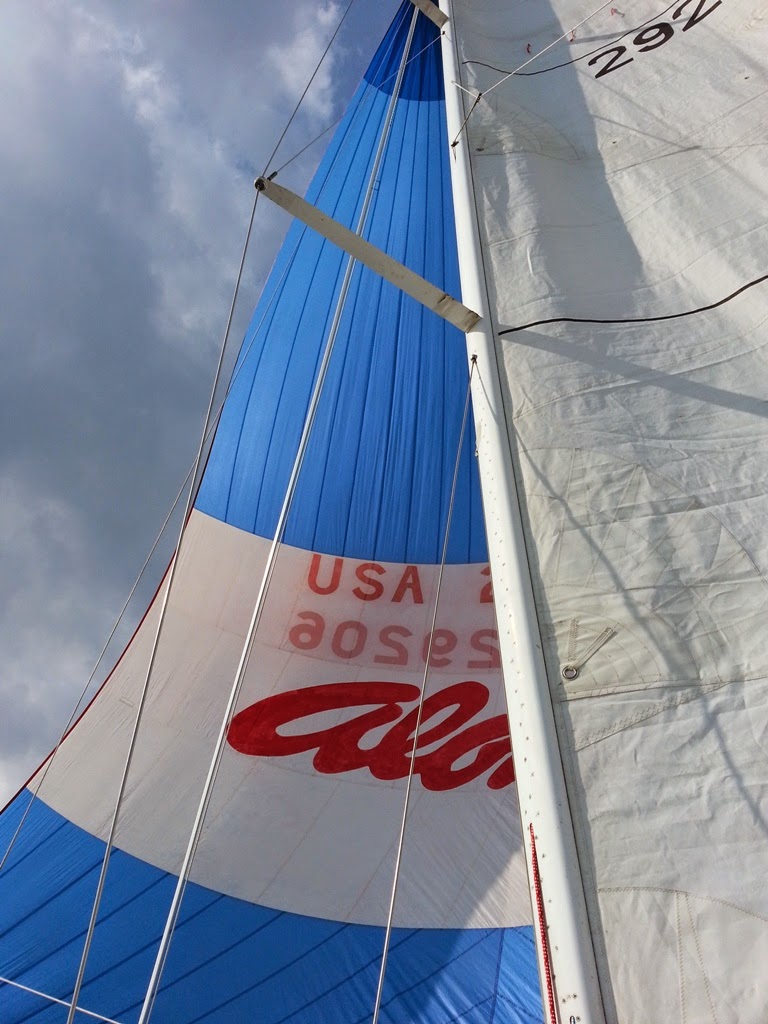 The spinnakers seemed small, but it could be because we are used to Coug's.

I had mounted my GOPRO camera on the stern rail, but the battery had died with only about 5 minutes of ACE motoring to the start.

We owe the other boats time, so we don't know if we won the race.