After the conference, we rented a car and headed North to Marblehead.  It was about 20 miles and took about 45 minutes.  We followed the coast and saw lots of beautiful waterfront homes.

The Boston Yacht Club is located in historic Marblehead.


The view from the room was spectacular: 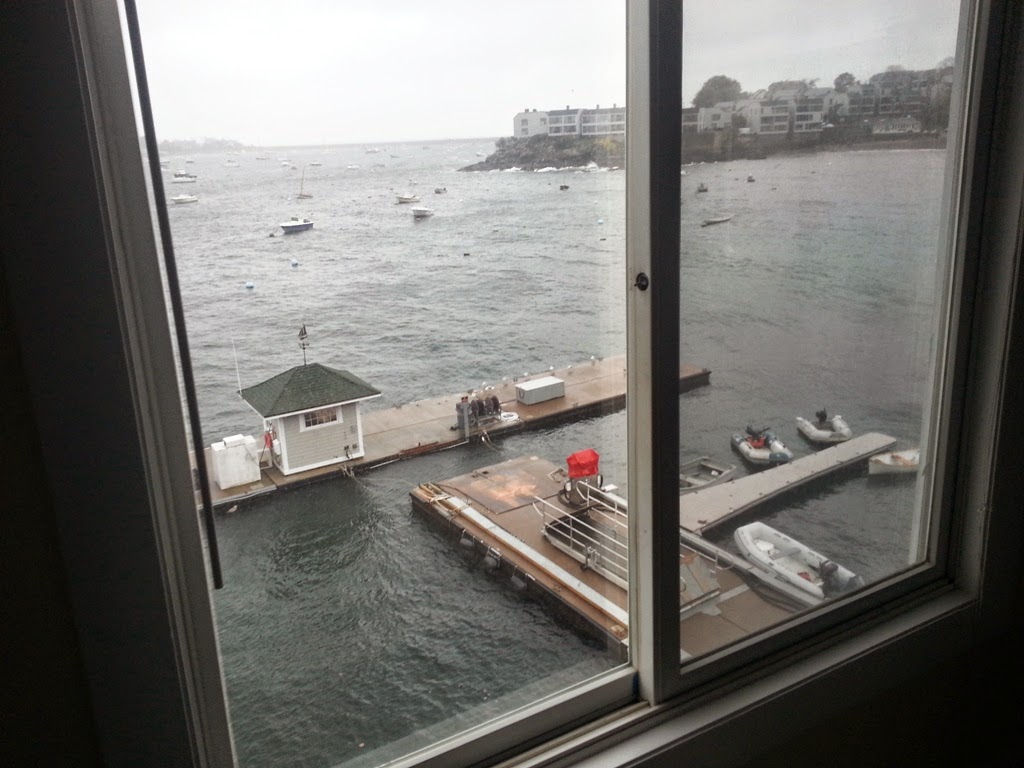 In 2013 I was in Marblehead to race on MacIntosh in the Marblehead to Halifax Ocean Race.  I loved it so much I wanted to take Rita the next time we were in Boston.

Marblehead harbour is very protected from most weather, except when there is a "Nor'Easterly".  The weather was terrible: major rain, and 40 knots winds FROM THE NE.

8 to 10 ft waves were rolling down the harbour.  The docks were heaving and the boats in the mooring field were being bashed around.
Here is a nice wind up Ship's Bell clock made by Chelsea clocks in Boston: 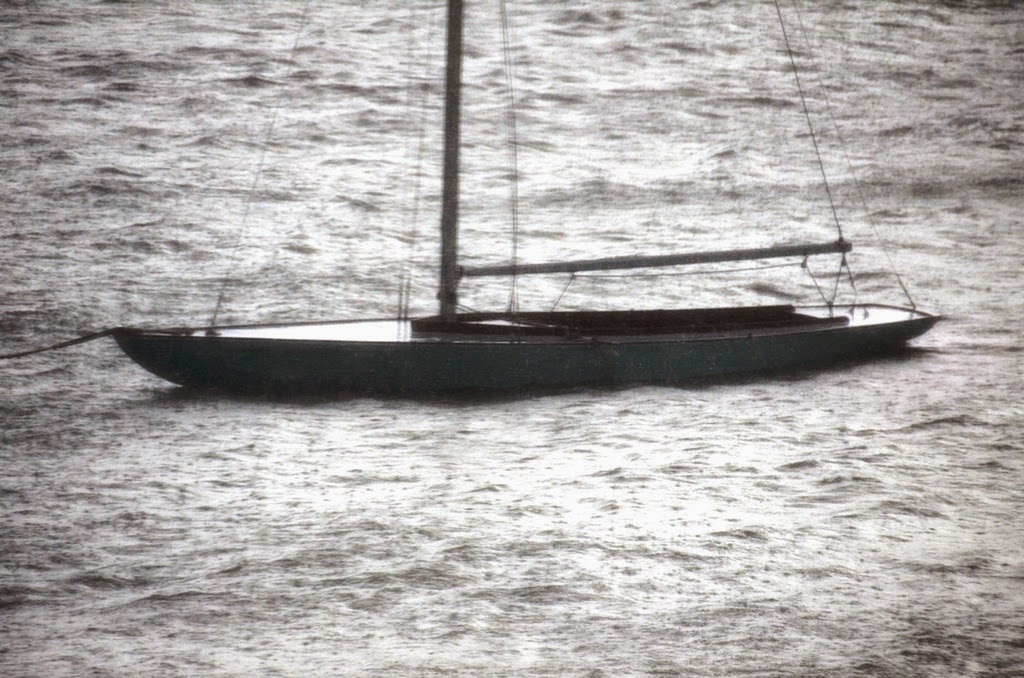 We found out later that it was owned by a BYC member and was built by his grandfather in the 30s!

Here are some more photos of the mayhem:

And here is a panoramic shot of the harbour from the 2nd floor deck of BYC: