Got down to the club at around 7:30am as the 34 is the 5th boat hauled out.  They usually start at 7am, and I knew they were going to take some docks out first.

First out was Razorbill at 7:40am: 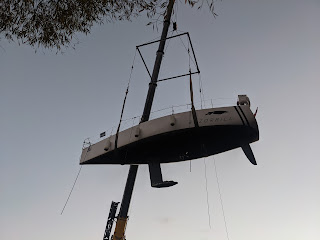 With a draft of 7' 6", they had to be pushed through the mud to the launch ramp.
Just look at the mud on their keel: 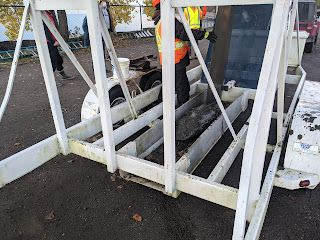 Got down to Still Time at the dock at little before 8am: 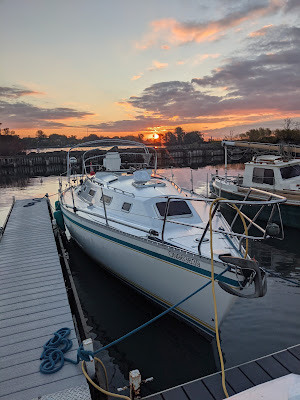 Removed the electrical power chord, untied the lines, and went out for tour of the harbour waiting for my turn. 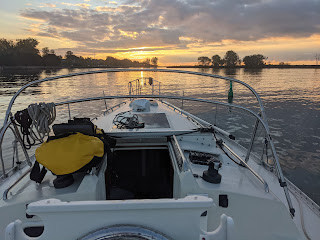 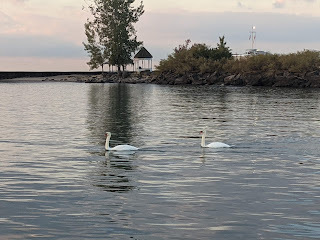 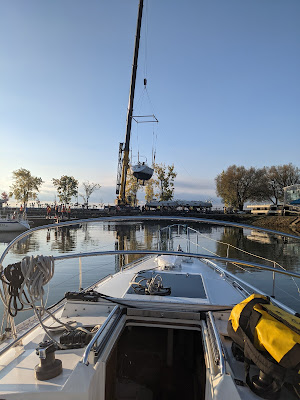 Shore crew board the boat: 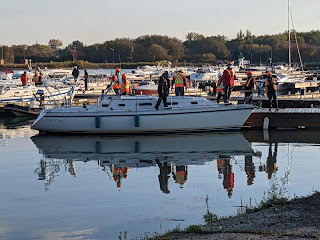 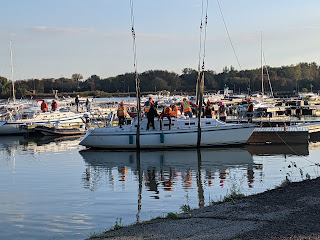 ...and off she goes:
It was almost 9am when they were done hauling out Still Time. 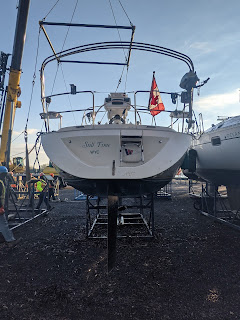 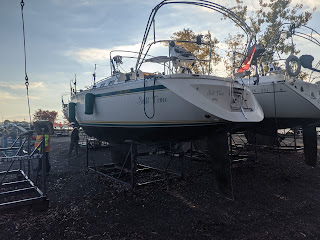 As soon as I could, I inspected the damage from the partially deployed anchor: 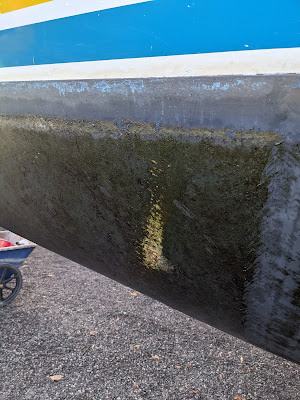 Just knocked some of the gelcoat and epoxy barrier off.
Not too bad, should be an easy fix.
http://svstilltime.blogspot.com/2021/08/cs34-can-you-sail-with-anchor.html