Kris/Ash/Mark/Walter could not make it so we only had 5 on board.

Winds were light and the rain was supposed to hold off until after 2pm:

Course was the westmost mark in Humber Bay to Gibraltar mark times two. 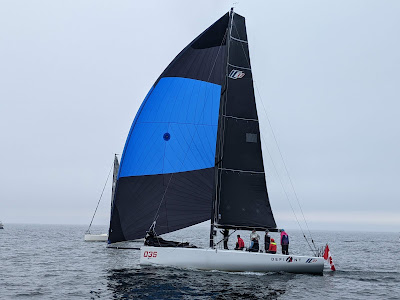 We got pushed up at the committee boat at the start and had to turn around starting late.

Winds were NOT from the SW, more from the SE, so close hauled beat to Gibraltar.
Here we were not too far behind the leaders, and popped our biggest fractional chute for PHRF to head back downwind. 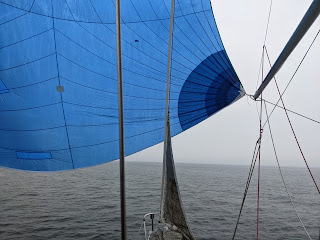 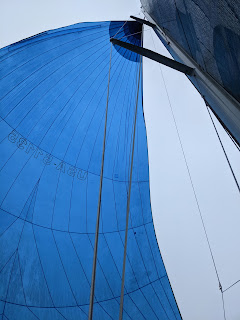 Winds had dropped to under 6 knots.  This is ZAMBONI's slowest point of sail, plus the rain started early.  We did several gybes, and many times, there wasn't enough wind to fill the chute. 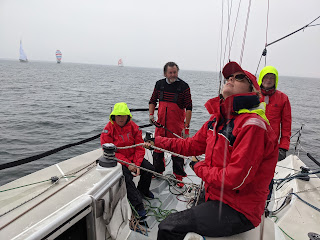 The course was shortened to just one loop (instead of two).  We finished just before the J/109 Carpe Ventus, but corrected out to DFL.

Very foggy for the sail home! 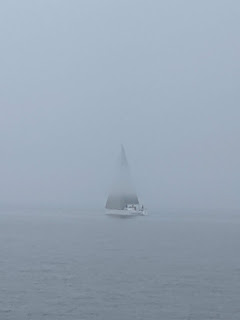 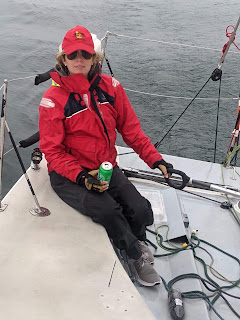 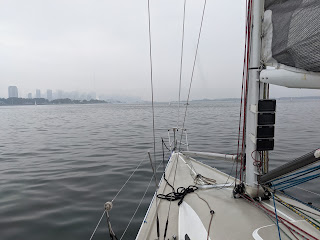 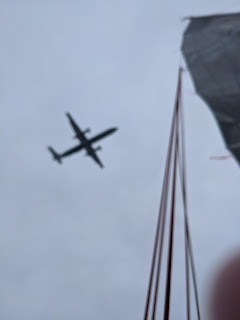 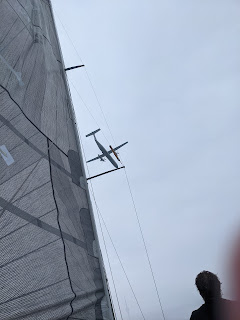 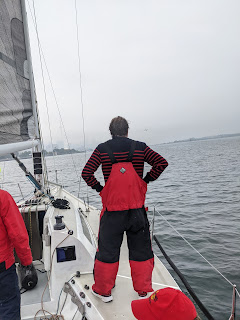 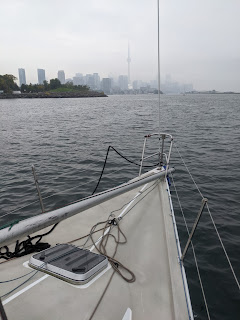 Email ThisBlogThis!Share to TwitterShare to FacebookShare to Pinterest
Labels: ZAMBONI