Last week I dropped my winter cover off with WYC member Phil to repair a couple of holes from last winter.  The centerline of the cover rubbing on the ridge pole is wearing thin.  Phil put a 12" wide swath of fabric along the ridge to strengthen it up.  Will definately extend the life of the cover.

Got down to the club around 11am: beautiful sunny day! 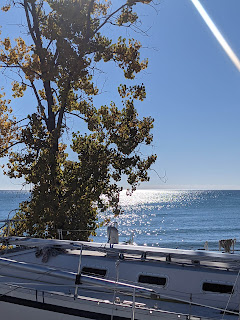 I got the PVC pipes on the lifelines, then Rita helped me get the frame up. 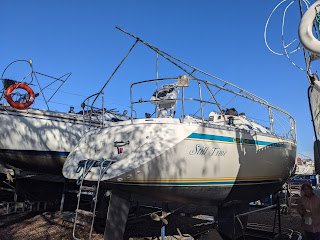 Secured the individual frames to the toe rail, and lifelines with tie wraps.
Rita and I also:
Phil also suggested adding some protective foam to the ridge: 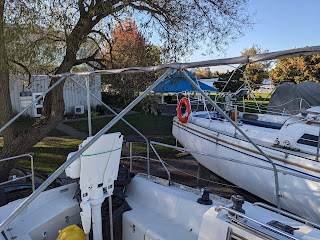 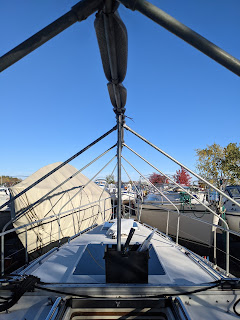 Then on with the cover: 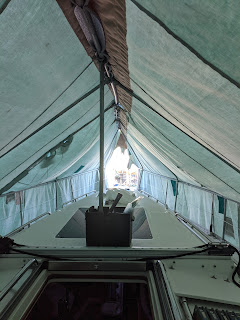 I had an incident with the front section: while pulling it back, it caught on the ridge pole and poked a hole in the canvas: 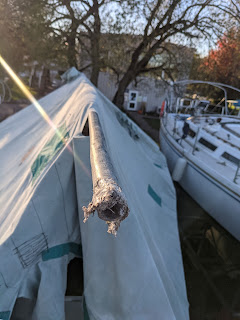 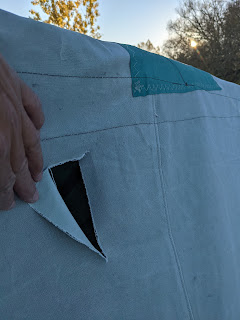 Frig the Friggin Frick!
Off with the front section, and dropped it off with Phil who was still at the club.
He will repair it tonight so I can put it back on tomorrow! 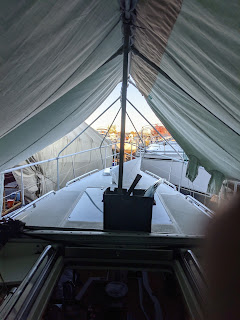 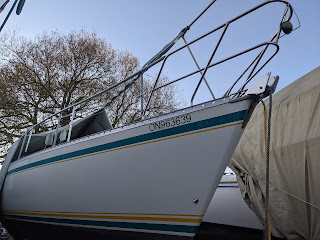 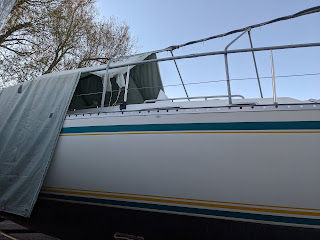 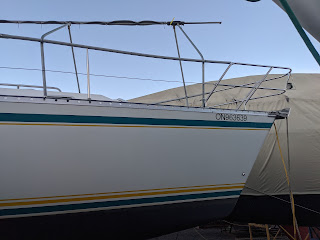