After saying goodbye to dockmaster Larry, I headed out at around 9:30am. 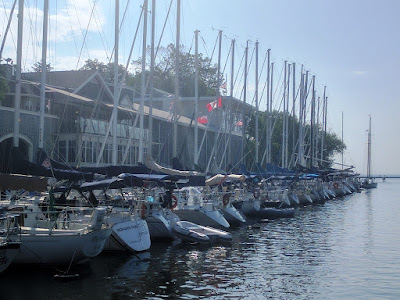 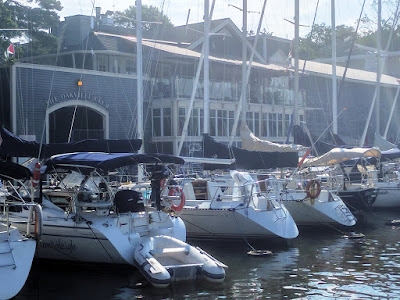 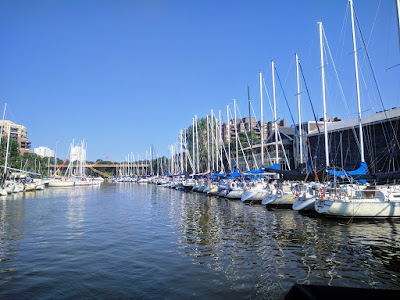 The flooding was apparent going out the channel; this is a public parkette that is flooded over: 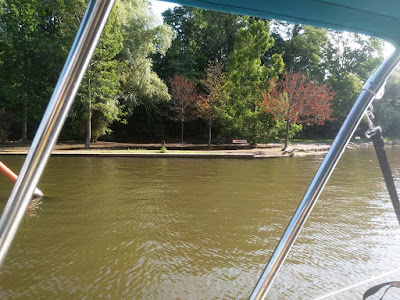 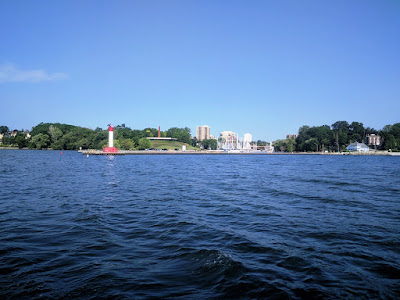 Can't wait until next year!

Got out of the channel and put the main up, and unfurled the jib.
Winds were slightly aft of the beam at 9 knots, but could only do about 4 knots sailing, so I furled the jib in and hoisted the spinnaker: 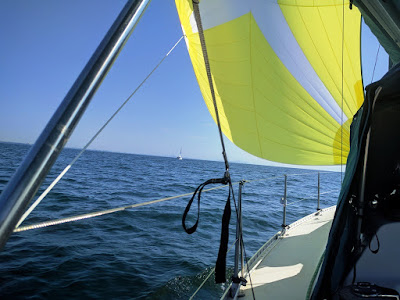 Without the motor I was doing between 5 and 6 knots, keeping up with a motoring Hunter that left the harbour with me. 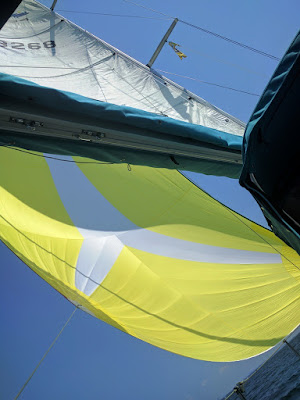 Sailed most of the way to Toronto (18 miles)

Past the Leslie Spit, the winds dropped below 7 knots, so I motor sailed with main and spin trying to keep my boat speed over 6 knots.

In the meantime, I swabbed the deck for a couple of hours.

Winds diminshed to four knots past Pickering and down came the spin.

Arrived at Whitby at 4pm.