Was hoping to get away around 9am after a pumpout, but too much too much to do to get the boat ready  Winds were 12-14 knots from the NE (can you say spinnaker run?).  However, Still Time was filthy.  After a pumpout, I decided to wash the sides of the hull.  There were severe black streaks on both sides, so it was fairly easy to remove at the pump out dock. 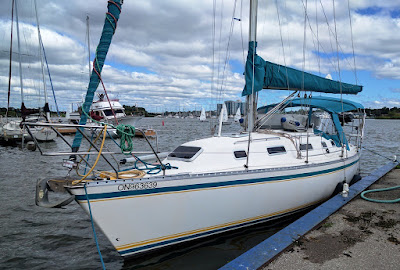 Winds had dropped to less than six knots from the north.
I hoisted the main, and motor sailed, trying to keep my speed above 6 knots.
Didn't even bother with the foresail (not enough wind).

Wind completely died, and filled in from the south. not enough for the headsail.
Motored along cleaning the cockpit and deck.

With the sun canvas removed, the dodger is AWESOME: 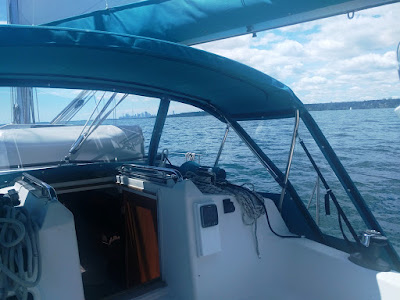 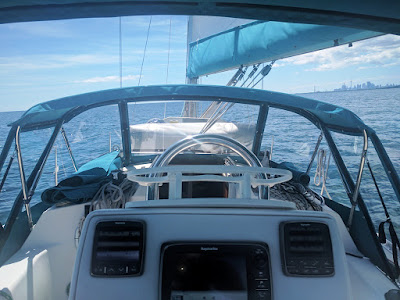 Neat shot of Toronto through the window: 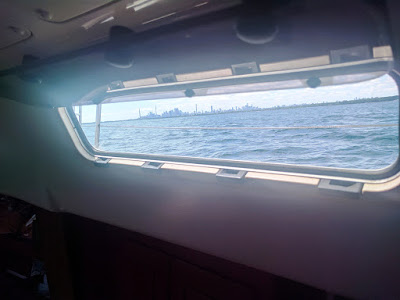 Just before Ashbridges Bay, the winds filled in from the south to 12 knots true winds.

Out went the head sail on a beam reach, and off went the motor, and boat speed was over 7 knots! 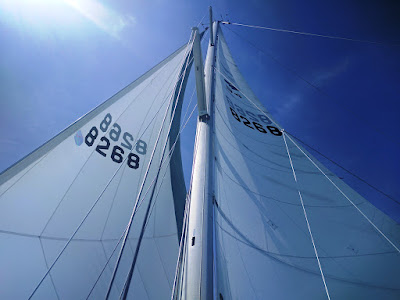 At around Port Credit, the winds did come forward to close hauled and the main was doing nothing, so I dropped it and motor sailed with just the jib: 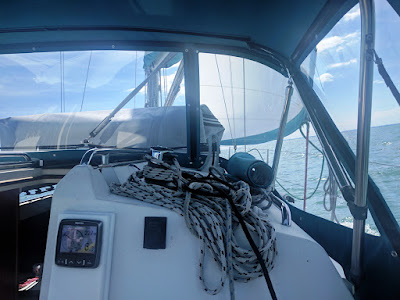 With the motor at 2,000 RPM, was doing almost 7 knots with the headsail only.
About 2 miles from the harbour, furled the headsail.

Had a slip assigned by The Oakville Club dockmaster Larry.
Port tie up very easy. 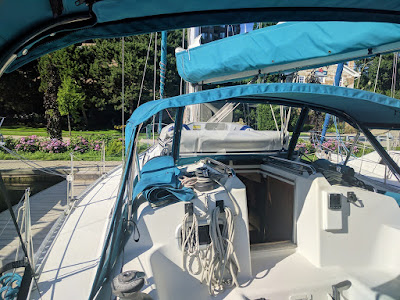 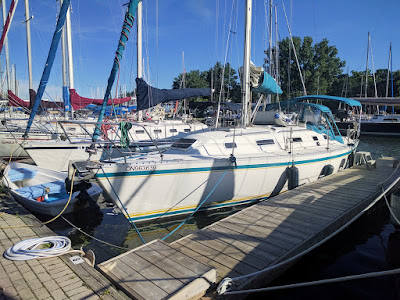 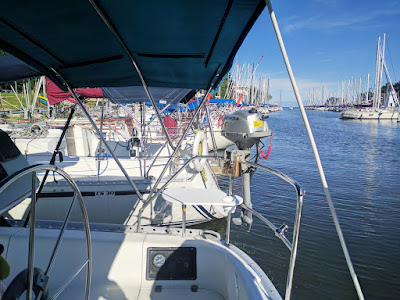 The Oakville Club is the greatest!

Had a beer, had an excellent dinner at the club.

Blew up the stand up paddle boards and went up the river:

...and around Oakville Yacht Squadron across the river.

Went for a swim in the pool and had a wonderful shower.
The showers at the Oakville Club are AWESOME.

Great day on the water; only wish Rita could have been with me.