This is the 3rd time we have done the Marblehead to Halifax Ocean Race.

Met up with Kevin at the Whitby Yacht Club around 9pm, followed by Michael at around 10:30pm.
We consolidate belongings into my truck and hit the road.

10 hour drive to Boston via Gananoque was very easy.


We arrived at BYC a little after 8am 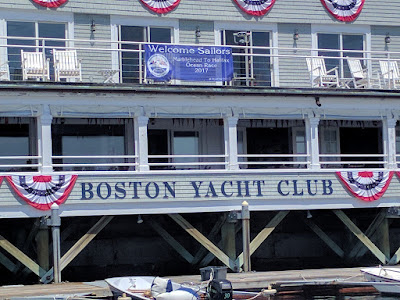 We quickly emptied my truck where the boys took everything to MacIntosh via BYC tender. 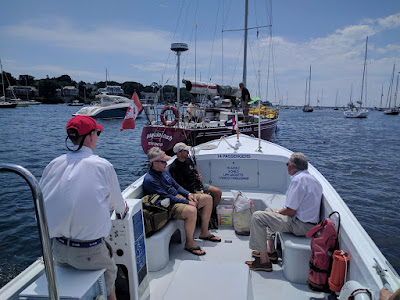 MAC had an issue in that the engine driven refridgerator/freezer was not working.
We had to put frozen lazagna/sheppards pie and chicken parmeshan in a cooler with ice blocks.

I had brought 2 20L water jugs with spiggots for freshwater.
I also brought a percolator and coffee mugs.

Michael and I drove to the nearest Costco in Danvers about 16m (30 mins) away arriving just before they opened at 9:30am.  Several hundred people lined up for the opening.

When we got back we unloaded and reload the truck with stuff off Mac for the delivery
Delivery sails, dinghy, outboard, and other stuff.
The bed of the truck was full.

Linda departed with my truck for Halifax around noon. 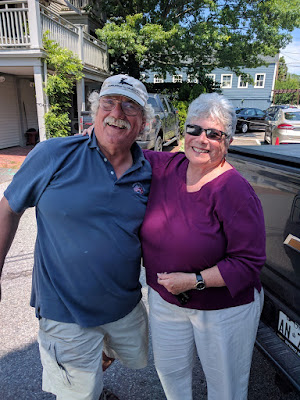 We got MAC organized below for several hours.
I brought all the waypoints for the race on an SD card and was able to import it into the new to MAC B&G Touch 8 chart plotter that ACE donated to the cause. 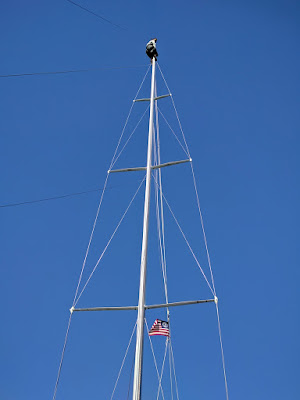 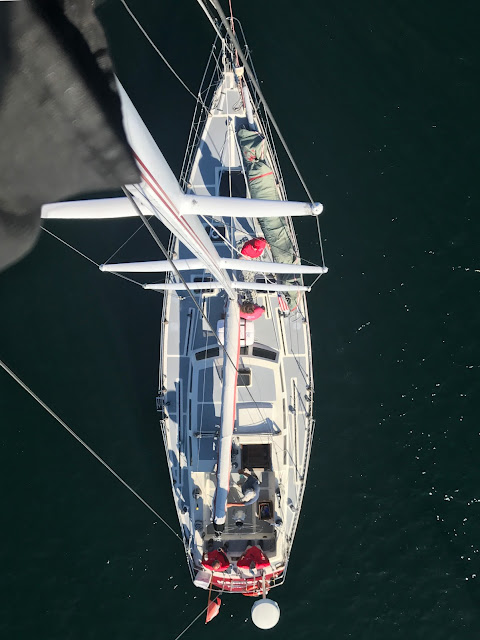 We made a trip to West Marine (about a 10 minute walk).
I had ordered some SIMNET cables for pickup, while we had to pickup some odds and ends for MAC.

We went to a local pub for lunch downtown.
Twas good, even thought I got teazed for ordering a kale salad.
I figured I would be eating all kinds of bad stuff in the race, so better bulk up on roughage.

The band in the tent was fantastic: 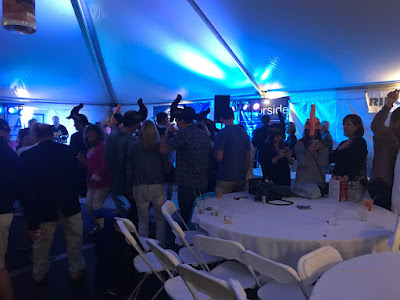 The drink of choice for the Marblehead is a "Dark and Stormy"
Gosling's rum with ginger beer.  DELICIOUS

We had reservations at the local restaurant "The Landing" for 8pm. 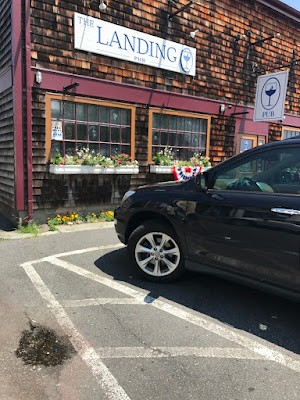 A great dinner was had by all.

Including rum samples from a local distillery called Rumson: 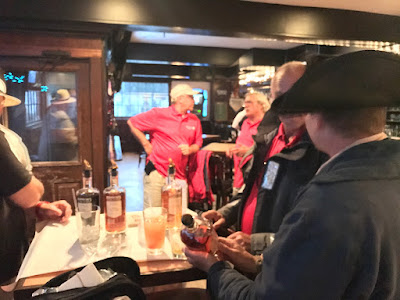 We all were back at MAC by 11pm.
The Ontario boys were tired from driving all night.