CS34 Dinner with the Westovers

After getting in from Oakville at 4pm, meeting Rita at the dock, it was time to prepare for hosting Melissa, James, John and Joanne Westover for dinner.

We had set this date up at the wedding in June.

My phone and VHF warned of severe thunderstorm for the area.  Had a quick look on the weather radar and determined that it would be over after 6pm.  At around 5pm, a NASTY cloud front came in from the NE, and pelted us with major rain, hail, lightening, and winds.  Max wind recorded by the wind instrument was 35 knots.

Joanne called asking if we were still on.

Everyone showed up a little at 6pm, and we had appetizers and it was sunny and beautiful.


We motored out into the lake, but there was only 2 knots of wind.
We took a mooring ball by the beach, but found it was too bouncy for cooking dinner.
We went back in the harbour and dropped anchor.

Dinner was great: BBQed kabobs with potatoes and salad.
We ate down below in the cabin


We got the stand up paddle board off the deck and James and Melissa went out for a little paddle individually then they went out together: 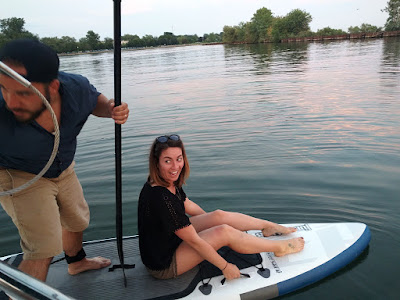 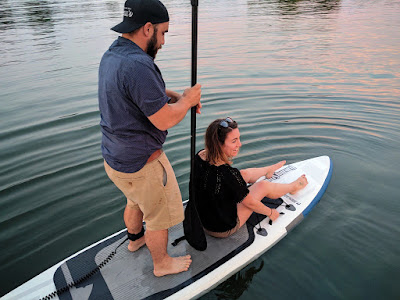 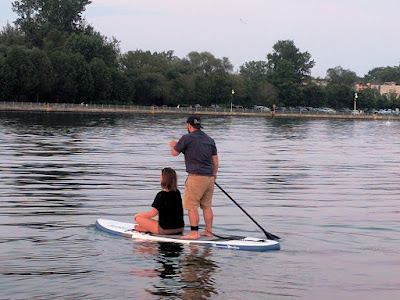 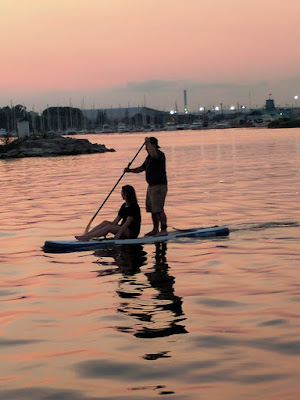 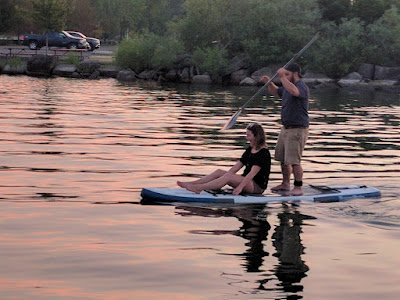 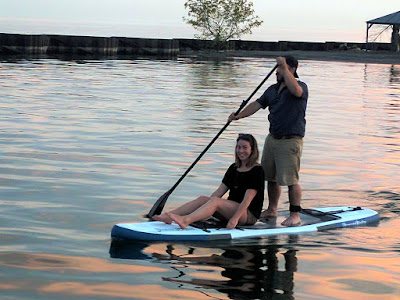 The sunset at anchor was AWESOME 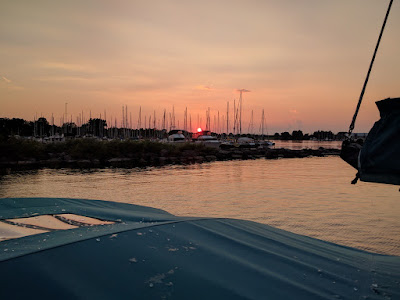 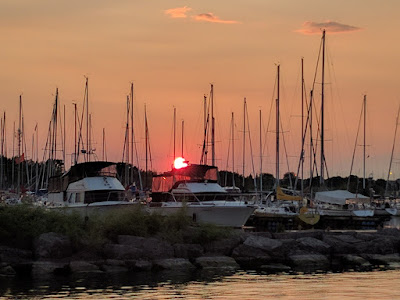 It was such a nice night, that we motored out into the lake for a bit:

Not enough wind to sail.  It did fill in on the way back to 7 knots, but we just motored.

Thanks for a great night!